This rating is based on phone specifications and price.

Price in Kenya & Where To Buy

There is no doubt that Samsung decided to take the war to the doorsteps of its Chinese rivals.  Samsung Galaxy A70 is another phone that proves that Samsung is not out here to play.  The Galaxy A70 phone features a 6.7-inch Super AMOLED display, Snapdragon 675 SoC and 6GB of RAM.  At its price point, it competes with Xiaomi Phocophone F1 and Nokia 8.1.

What’s in the box?

Samsung A70 has an infinity-V notch and a tall (elongated) display with an aspect ratio of 20:9. The display measures 6.7 inches. This makes it the Samsung device with the largest display – the display is bigger than the display on the Samsung Galaxy Note 9.  Despite having a large screen, this phone fits well in one hand and does not feel big when its put in the pocket thanks to the minimum bezels.  It has a 93.4% screen to body ratio.

The display is Super AMOLED and has full HD+ resolution.  This is a near-perfect display offering an awesome viewing experience. It is bright and has very good viewing angles. It’s a little reflective outdoors, but it’s still easy to view the content. Since it’s an AMOLED display, always-on-display is one of the features that you will also enjoy.

Just like siblings the Samsung A30 and the Samsung A50, the A70 has a shiny, glossy back.  When you take a look at it from a distance, you might be fooled into thinking that’s its glass when in the real sense its polycarbonate. It's reflective, especially when it's exposed to bright light. It looks really good but is a fingerprint magnet.

The power button and the volume rocker are on the right side. Speaker grille, USB port, and the 3.5mm headphone jack are on the lower side.

This phone ships with a triple-lens rear camera, just like its sibling the Galaxy A50. However, the primary shooter has been upgraded to 32 megapixels.  This lens is accompanied by an 8MP wide-angle lens and a 5MP depth sensor.  The selfie camera is 32 megapixels.

If you have used a Samsung device before, you will find the camera app familiar.  When you launch the app, you will see the capture button placed between the toggle for the selfie camera button and the preview gallery button. Above it, you find the different shooting modes: Photo, Live Focus, Pro, Panorama, Video, Super Slow-Mo, Slow motion, and Hyperlapse.

At the top, there is the settings gear, flash settings, timer toggle, filters and button that allows you to change the aspect ratio.

Samsung Galaxy A70 is a capable camera phone that captures images with a good amount of detail and accurate colors.  The back camera offers the faux Bokeh effect. The 5MP depth sensor does a very good job of separating the subject and the background when shooting in Live Focus mode.

The Galaxy A70 can capture 4K video clips, while the super slow-mo videos maximum resolution is 720p.  Unfortunately, there is no optical image stabilization.

Samsung A70 packs Snapdragon 675 octa-core processor (11nm).  This chip is aimed at people who like gaming. It comes with 612GPU and several game optimizations tools that make it deliver well as far as gaming is concerned. Well, I’m not an avid gamer, but for the few minutes I played PUBG, there was no lagging and heating was kept under control.

The processor is paired with 6GB of RAM. This phone does not lag even when multiple apps are opened at the same time. I was able to switch between apps quickly.

You get 128GB onboard storage space. There is a dedicated micro SD card that you can use to expand storage further up to 512GB.

This device ships with Android 9.0 Pie with One UI out of the package. I’m a big fan of the minimal look created by Samsung’s One UI.

If you are looking for a powerful device with a long-lasting battery in Kenya, I strongly recommend that you go for the Samsung Galaxy A70.  This mobile phone is powered by a 4500mAh battery. I used the phone for almost 23 hours and still had 20% left. During the period, the phone was always-on Wi-Fi. I browsed, watched YouTube Videos, gamed a little and used the usual everyday apps like WhatsApp, camera, etc.

Furthermore, the A70 comes with a fast-charging 25W adapter.  You can charge it pretty quickly whenever you want to head out using the bundled adapter. You can recharge it from 0% to 100% in a little over 2 hours. 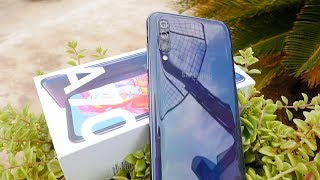 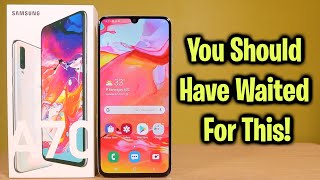 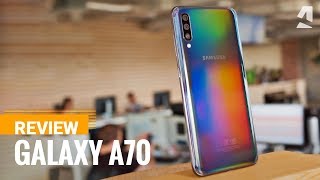 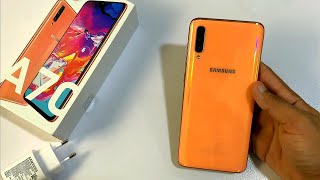 LURAM is the most comprehensive and up to date smartphone information website in Kenya.  Our mission is to keep you informed about matters related to phones.  We want you to make the right choice when you want to get a new device.